Last week has been busy and lots of things have happened. My card designs have been activated at Kaartje2Go (and I’ve had sales already – yeah!), I created new designs for my Etsy store and I’ve finally registered for Design Star, a self-paced workshop with Traci Reed at Scrapaneers.

Having my card designs at Kaartje2Go is great! I design, upload, and Kaartje2Go does all the rest: selling, printing, shipping… It took me some time though to adjust my existing designs to the new templates and sizes and I had to provide extra designs for the inside of the cards (people can choose to order a double folded or single card). But I think they look great in my gallery!

My cards are just in Dutch for now, but I’m thinking of offering an English version as well. Maybe not through Kaartje2Go though.

New designs for my Etsy store

I’ve been making some coordinating supplies to existing paperpacks in my Etsy store last week. Creating artsy transfers and word art to complement my Castles & Princesses Paperpack was so much fun, and I’ve also created some artsy transfers for my Mermaid Paperpack. I’ll be offering the transfers with and without the wordart.

They will be added to my store soon, watch out for my next newsletter!  In the mean time, here’s a little sneak peek:

As for Design Star, it was something I’ve been wanting to do for so long and I’m really happy I finally did. I’ve learnt heaps already. The workshop includes hours and hours of live recorded webinars, informative video-tutorials and PDF handouts. At the end of class, I’ll sit down with Traci virtually in a one-on-one session identifying my strengths and skills, an opportunity that I don’t want to miss. Although this workshop is aimed at scrapbook designers, I’ve learnt so many new things that will definitely improve my regular design work as well.

I know that in many countries schools are starting again, or have started already. But for Belgian students school doesn’t start until September 1. My daughter is going to be 13 in October and she will start her second year in first grade then. My husband is a teacher, and so he’s home a lot as well. We enjoy the extra time that we have together, especially the weekends (my husband works weekends during the school year). I love having them both at home, but at the same time I’m finding it harder to focus on my design work. So I’m also looking forward to having more routine in my daily activities 🙂

On Saturday we had an amazing trip to Pairi Daiza, an animal park. But it’s much more than that. As the ancient Persian name ‘Pairi Daiza’ (‘Enclosed Garden’) would suggest, it really is a paradise! The park flourishes on what were once the grounds of a Cistercian monastery, Cambron Abbey. 135 acres of garden, centuries-old trees, intriguing plants and exquisite flowers from all over the world, architectural treasures (all authentic!) created by artisans from China, Indonesia, Thailand… and finally, 5,000 animals that live and thrive there. Let me share some pictures I made: 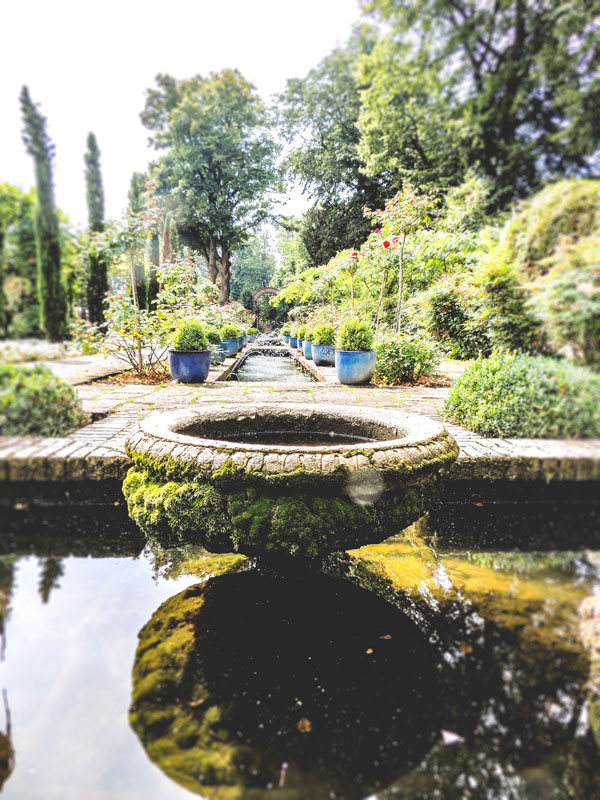 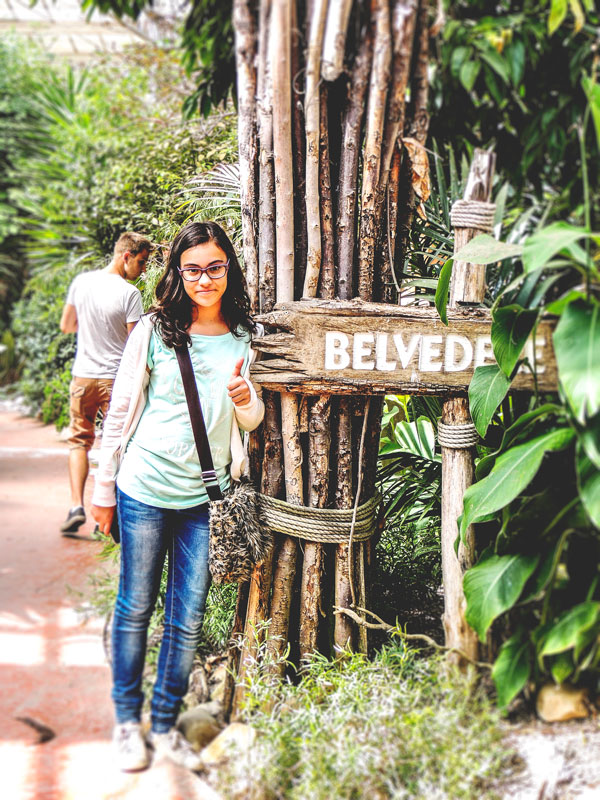 The Buddhist temple in the City of Immortals; everything here is authentic and was manufactured in China, by skilled artisans. 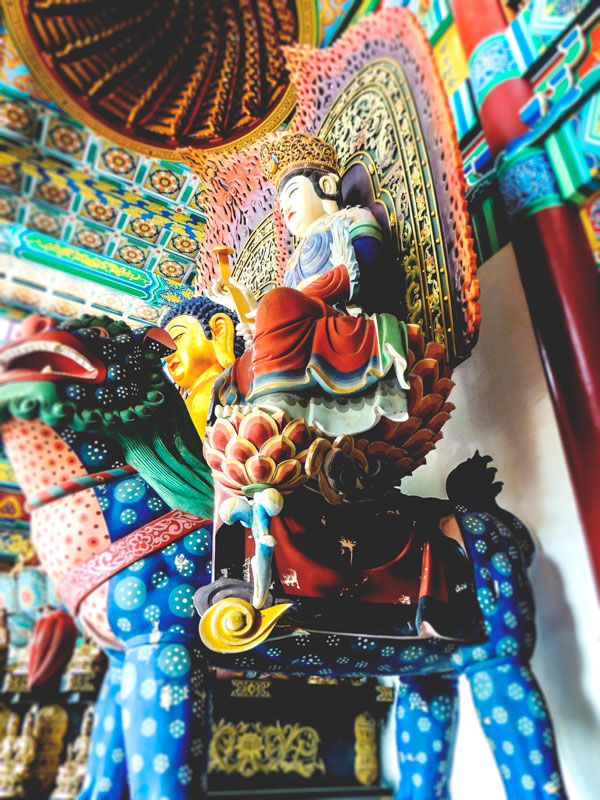 And yes, we got to see the giant pandas! To give Hao Hao and Xing Hui a home, Pairi Daiza built a Sichuan mountain, a bamboo forest and a cave with amethysts. The image quality is not so good, but we could only see them behind glass. 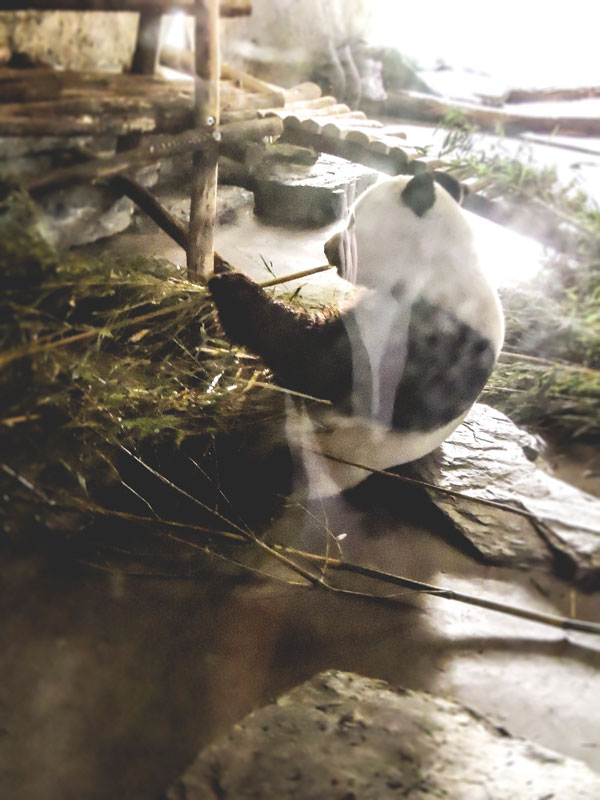 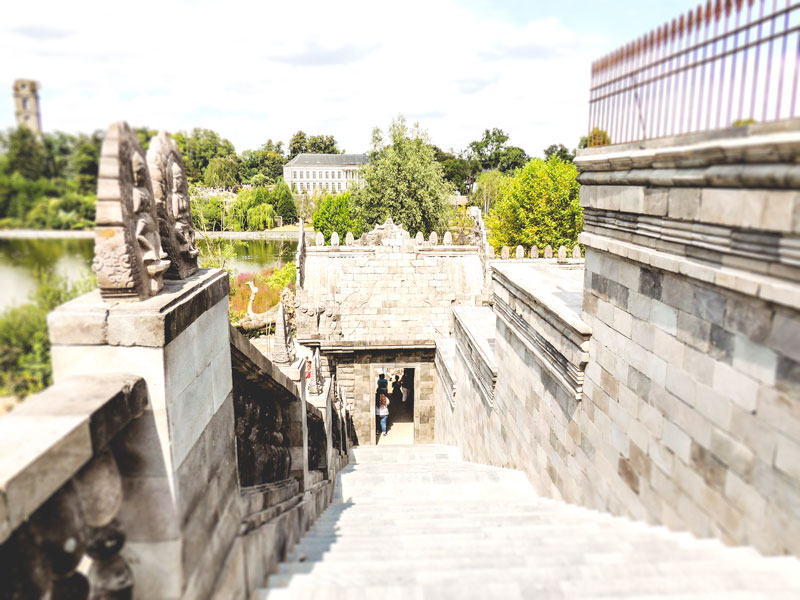 An impressive cascade at the Flower Temple, dedicated to the universe of flowers, in accordance with the animistic principles in Balinese Hinduism that every form of life is of divine origin, worthy of a temple. The water, the cradle of all life, flows along its flank, accompanied by 2 small dragon snakes. 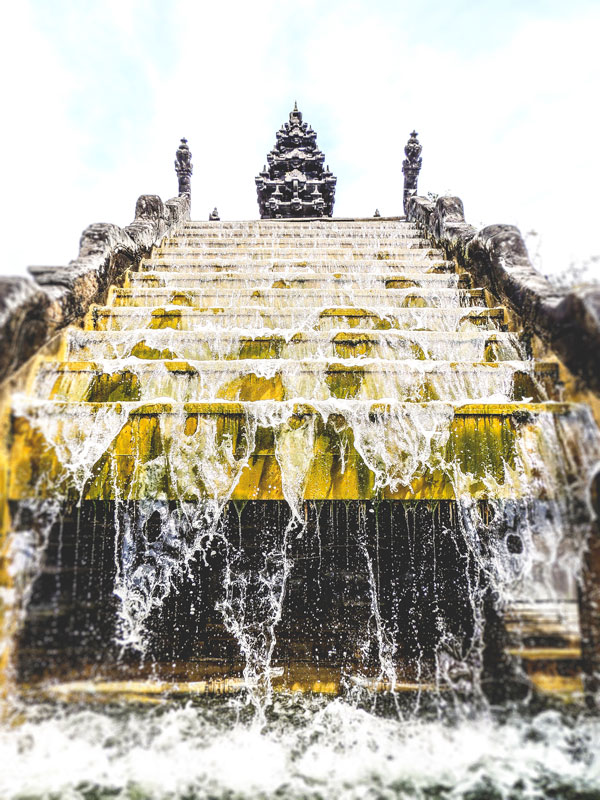 Authentic Thai house (even the columns are original, taken from a house destroyed in a fire). 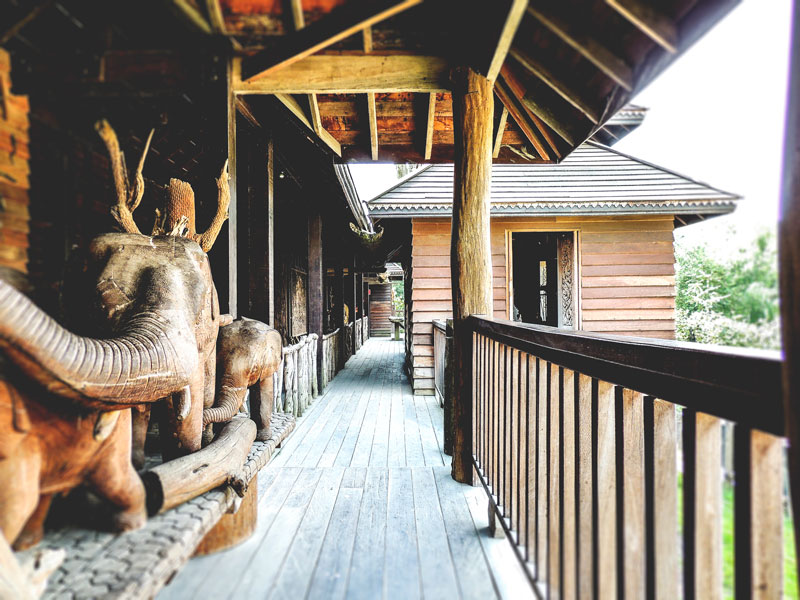 And then an elephant passed by 🙂 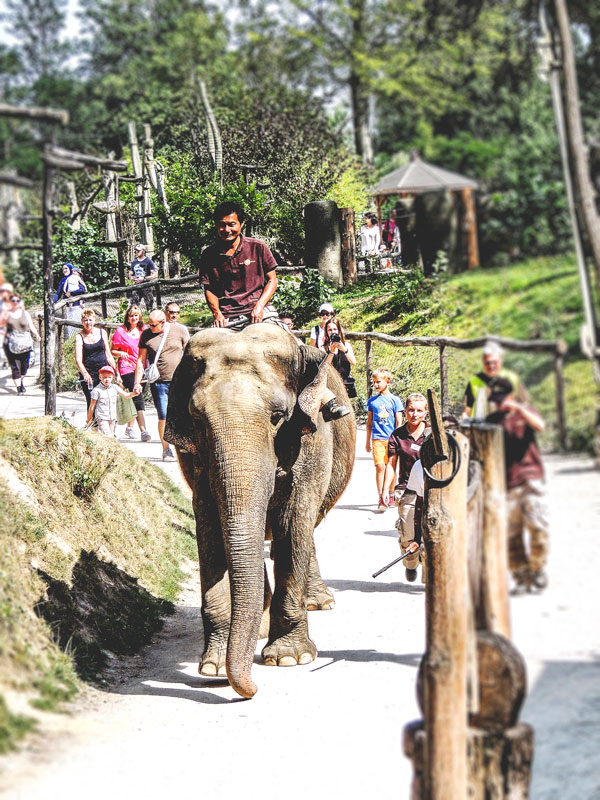 Still impressed with this monumental staircase, even if it was our third visit in 10 years. In 1776 it inspired Jozef II, Emperor of Austria, to the following statement: “This staircase is perhaps one of the most beautiful in Europe, but I doubt if it leads to heaven”. Legend says that the monks took revenge by burning a portrait of the emperor at the foot of the tower. That only brought them misery and 13 years later the Emperor classified Cambron as a useless abbey. The French Revolution did the rest. Now the patrimony of the monks of Cambron is listed as national heritage. 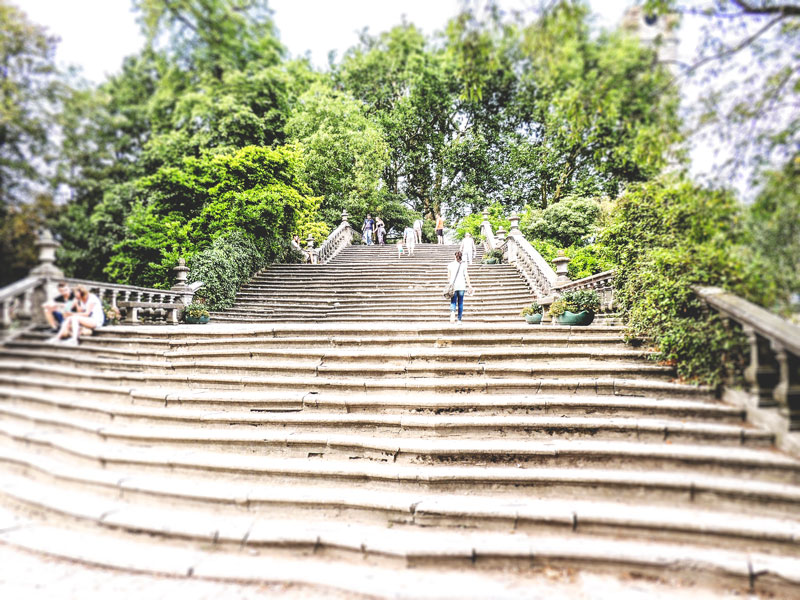 Ah, the raptor show… Eagles, buzzards, falcons, vultures and condors fly over the arena from one falconer to another, right past our heads. With the impressive backdrop of church, nave and abbey towers, this is one of my favourite events at Pairi Daiza. 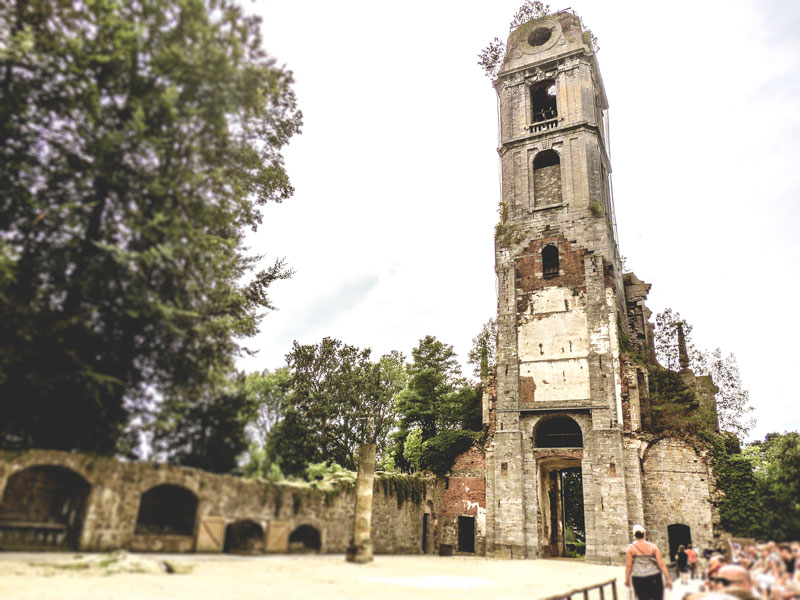 And finally… trying to make some great pictures of the fascinating jelly fish in The Nautilus. Not easy, because they are moving around constantly! 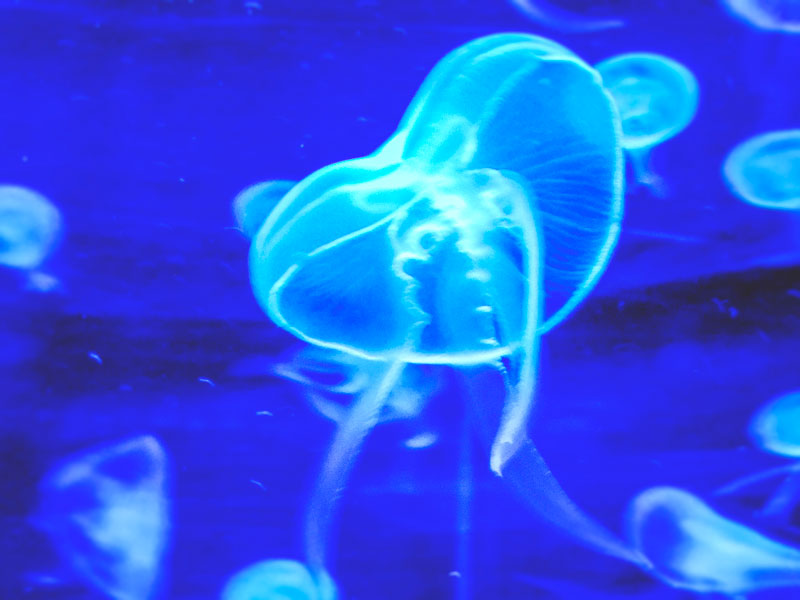 But I think this one is not so bad: 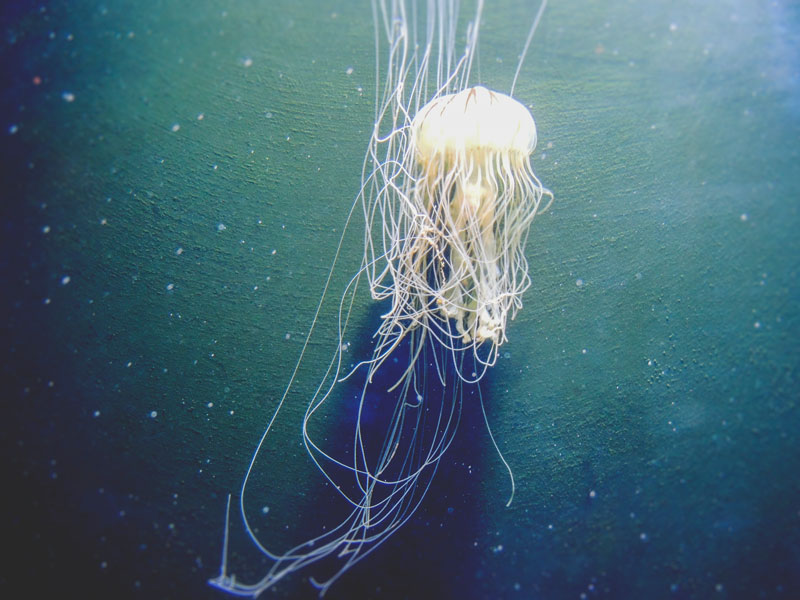 Okay, time for me to go. See you next time!

Using the Offset filter in Photoshop to create patterns
Do you love mermaids? 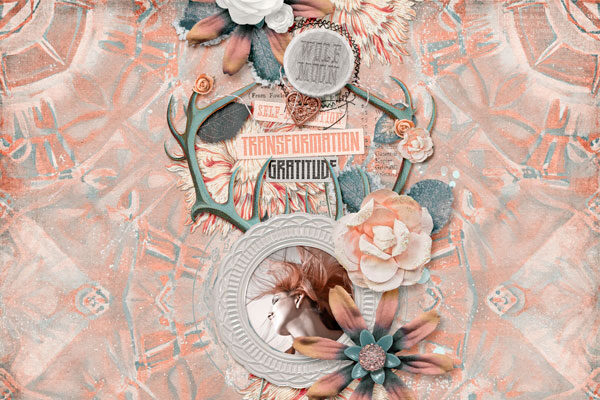 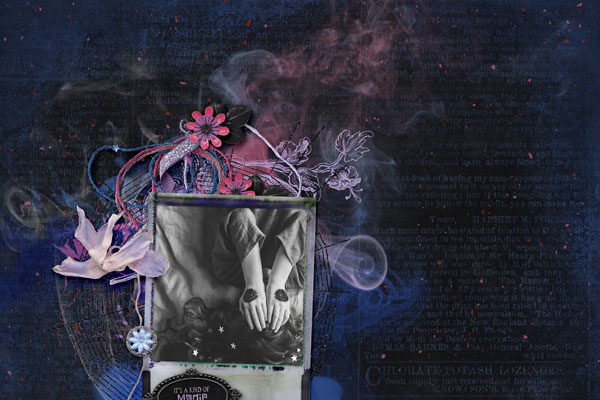 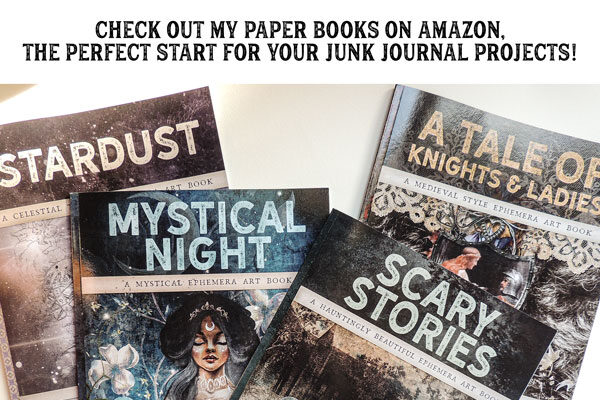 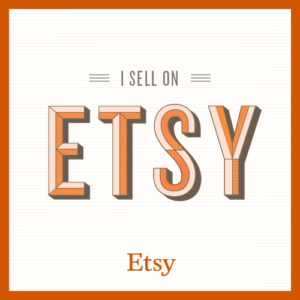